We all have our beer prejudices.  What we judge is right or wrong in our beery world. And of course to inform our judging of how other’s drink.  I wanted to take a moment to share mine and how they’ve changed.

I was brought up in the North – not the far north – but North enough to count.  Beer was brown and if you identified as male (only two choices then) was served from a hand pump into a pint glass. (only two choices again – handle or not).  A half pint was just about possible for beer but a stemmed glass was for wine, or women or foreigners.

Should you (for some unaccountable reason) not be in a pub then a bottle was also appropriate but cans were for football hooligans.  Of course my prejudices were then affirmed by CAMRA.  Possibly the most successful campaigning organisation ever, in its revival of British brewing, in seeing the end of really bad beer and delivering choice away from the mass market.

After saying all of this, I’m now sitting in a bright and light non-pub, surrounded by colourful cans of beers of all hues and flavours (some impossibly hazy) which I serve to customers in an elegant stemmed glass.  What happened ?

Well. I realised that good beer isn’t necessarily brown.  Masses of hops are a great thing, as perhaps sometimes are raspberries, coffee and maybe tonka bean (still not sure that’s a real thing). Cans don’t leave tinny flavours any more, keep light out better than bottles and are certainly easier to post.

And most important of all, as Belgians discovered some time ago, a pint glass of an 8% beer is just intimidating whereas drinking several pints of 8% beer from delicate stemmed 2/3 pint glasses somehow isn’t.  (psychologist required here).

I continue to love pubs but I’m more compelled by the idea of sitting (and chatting) in a beer sweet shop where I can choose a drink from 500 rather than 4 taps if you’re lucky. I love a draft pour but realise that most venues can only sustain a range if packaged.

So here I am – a changed man.  Except that, despite drinking yet another double dry hopped, hazy DIPA at 9% in a can designed by Banksy’s nephew, I haven’t turned my back on a few hundred years of traditional brewing.  At some point you just yearn for an Augustiner Lager or a British pint of bitter which we gladly stock.

So what of CAMRA.  A couple of years ago the membership were asked to vote on whether modern, kegged craft beer although brewed using methods that CAMRA was founded to oppose was good beer.  The members voted to keep the real ale definition and in my mind turned their back on some remarkable beer to stick with principles based on tradition and, yes, prejudice.

On our wall we have the affirmation “All Beer Good – Some Beer Better” which is how we want to work.  I’m not saying which beer is better but we can serve you 500 beers by the glass so you can decide.

Have a read of my other blogs whilst your here: 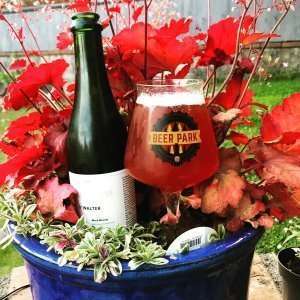 What are the 10 best beers ?
Scroll to top